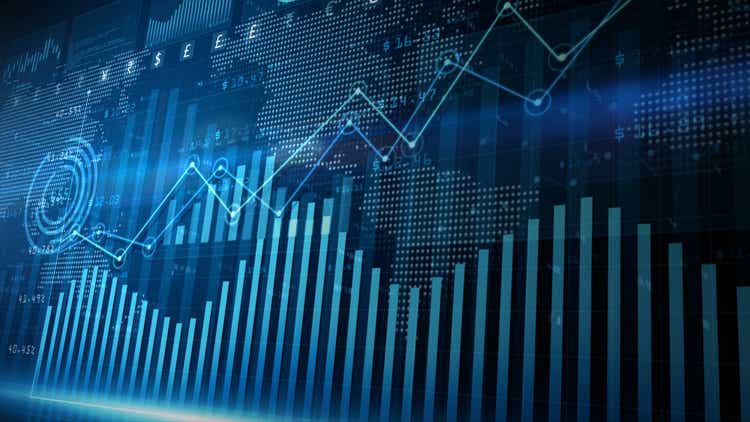 KanawatTH/iStock via Getty Images Earnings news provided the main catalyst in Thursday's midday trading. Ericsson (NASDAQ:ERIC) dropped in the aftermath of its quarterly report, which included a warning of a possible fine related to an Iraq corruption scandal. Taiwan Semiconductor (TSM) showed post-earnings weakness as well, despite surpassing projections with its quarterly results. Meanwhile, strong financial figures gave an intraday lift to U.S. Bancorp (USB). Outside of earnings, Oncocyte (OCX) was dragged down by news of a securities offering. Decliners Ericsson (ERIC) showed significant intraday weakness after the telecom equipment maker released its quarterly results and warned that it could face a possible fine related to a corruption scandal in Iraq. The stock dropped about 8% on the news. ERIC reported a quarterly profit that dropped from last year, even as the firm's revenue climbed 11%. The company also updated the U.S. Department of Justice's Iraq investigation, noting "the resolution of these matters could result in a range of actions by DOJ, and may likely include additional monetary payments, the magnitude of which cannot at this time be reliably estimated." In other news, earnings news sparked a decline in Taiwan Semiconductor (TSM). Shares of the computer chip maker slipped almost 3% even though the company beat expectations on both the top and bottom lines. The firm also raised its outlook. However, in the conference call that followed the release of the results, TSM's CEO noted a "tool delivery problem" that has arisen "unexpectedly from the beginning of this year." Oncocyte (OCX) also showed midday weakness, losing ground in the wake of a securities offering. The company said it has priced a public offering of about $35M worth of stock and warrants. Shares dropped about 4% on the news. Gainers U.S. Bancorp (USB) got a lift from the release of its Q1 results, rising 4% in intraday trading. The company's profit exceeded analysts' consensus, with the company noting "healthy trends in consumer and business activity" which contributed to "very strong loan growth." For more on the day's best- and worst-performing stocks, click over to Seeking Alpha's On The Move section.
ERIC TSM USB OCX