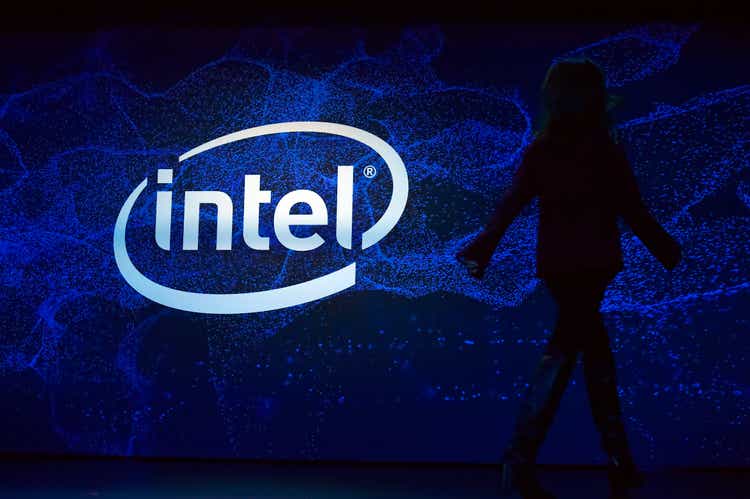 David Becker/Getty Images News Intel (NASDAQ:INTC) is starting to make some "aggressive" progress with its moves in server CPUs, but the company is still only sending samples for its massive multi-chip modules, leaving Advanced Micro Devices (NASDAQ:AMD) still in the driver seat, investment firm Susquehanna said. Analyst Christopher Rolland, who rates Intel (INTC) shares neutral and AMD (AMD) and Nvidia (NASDAQ:NVDA) positive, noted that the estimated product roadmaps for all three companies should not offer investors any surprises. In addition, Rolland also pointed out that AMD's Zen 4 Genoa is still on track to ship later this year, while Intel's (INTC) MCM has caused concerns over its size, complexity and cost competitiveness. However, the company has made steps to improve its manufacturing process, telling investors in February at its analyst day that it would skip the 7 nanometer node and go to 5 nanometers for client processors. "We view this progression as more aggressive and will be monitoring closely," Rolland wrote. Susquehanna's Rolland has a $160 price target on AMD (AMD), a $52 price target on Intel (INTC) and a $320 price target on Nvidia (NVDA). In addition, Rolland also pointed out that AMD recently release its 3D V-Cache "Milan-X" server, its 6 nanometer Zen 3+ laptop APU lineup and its 6 nanometer laptop graphics chips all in the first-quarter and all on time. There is some debate about when AMD will release its 5 nanometer PC products, however, with some believing it could come later this year, while Rolland said it's more likely to come in the first-half of 2023. On April 5, investment firm Truist slashed price targets across the board in the semiconductor space, including Nvidia (NVDA) and AMD (AMD), telling investors it has found "hard evidence of order cuts."
INTC AMD NVDA