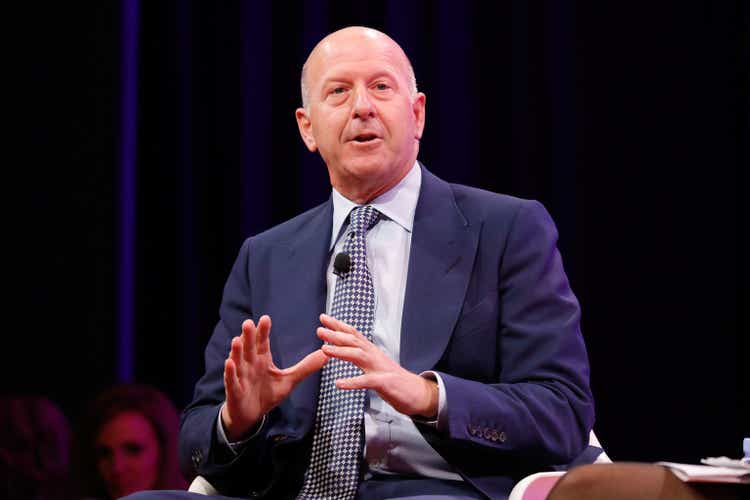 Paul Morigi/Getty Images Entertainment Glass Lewis criticized Goldman Sachs's (NYSE:GS) proposed grants of performance share unit awards to its CEO and chief operating officer as "excessive" and recommended shareholders withhold support for the company's executive compensation proposal. Shareholders should be wary of any awards granted outside of a company's standard incentive schemes, the proxy advisory firm said. "We are concerned about special, one-off grants to the CEO and COO considering their quantum and structural issues," Glass Lewis said in its assessment of Goldman's compensation. Glass Lewis said Goldman would give CEO David Solomon a one-time PSU award valued at almost $30M under the executive compensation proposal. COO John Waldron would get PSUs valued at just under $20M. The company contends that the awards ensure leadership continuity and enhance retention given the opportunities for its senior leadership in other sectors of the financial industry. "While we recognize the company's rationale, we believe shareholders should consider if this adequately warrants the size of the award to the CEO," Glass Lewis said. In March, Goldman (GS) disclosed its COO's 2021 compensation and in January disclosed Solomon's $35M pay package for 2021.
GS