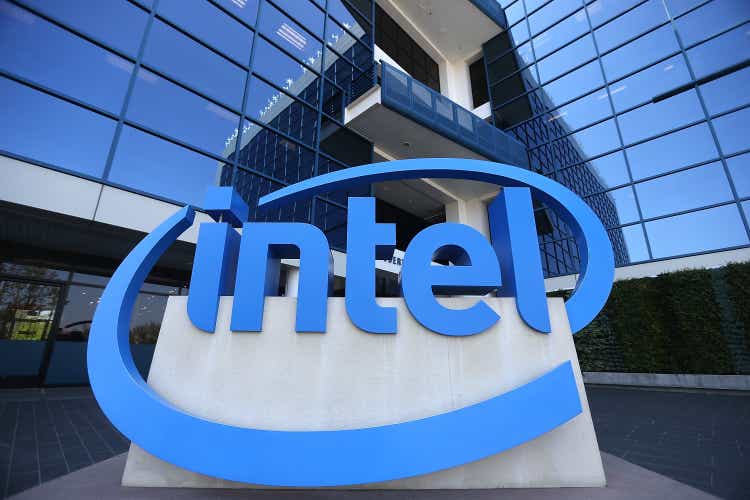 Justin Sullivan/Getty Images News Intel (NASDAQ:INTC) Chief Executive Pat Gelsinger made a trip to Asia earlier this week and asked Taiwan Semiconductor (NYSE:TSM), which now makes chips for the U.S. tech giant, for additional capacity, according to Digitimes. Gelsinger, who also visited Japan and India on his trip, according to Bloomberg, is in search for high-tech 7 nanometer capacity, as well as more mature 28 nanometer capacity in an effort to help with tight supply. The 61-year-old Gelsinger joined Intel as its Chief Executive in February 2021 after having previously served as VMware's (VMW) CEO. Intel (INTC) shares were fractionally higher in premarket trading on Friday, changing hands at $47.65. Taiwan Semiconductor (TSM) shares edged up slightly more than 0.5% to $101.30. Neither Intel nor Taiwan Semi immediately responded to a request for comment from Seeking Alpha. Intel has made a number of commitments in recent weeks to expand production capacity on its own, including a $20 billion plant in Ohio and additional investments in Europe that could total $88 billion over the next decade. On Wednesday, Intel (INTC) said it had suspended all operations in Russia amid that country's invasion of Ukraine and called for a "swift return to peace."
INTC TSM VMW