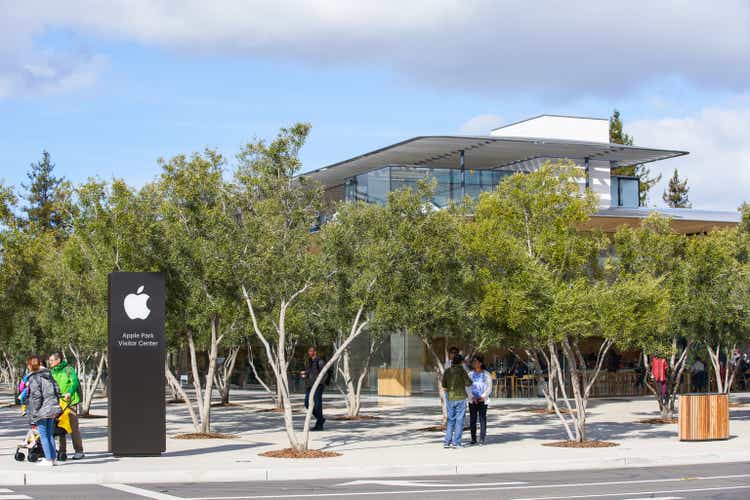 felixmizioznikov/iStock Editorial via Getty Images Apple (NASDAQ:AAPL) is slightly lower on Thursday, as investment firm J.P. Morgan trimmed its estimates for the iPhone, citing "limited upside" from the latest iPhone SE. Analyst Samik Chatterjee, who has an overweight rating and a $210 price target, cut iPhone volume for 2022 to 245 million, down from 250 million, with iPhone SE volumes falling to 24 million from a prior outlook of 30 million. Apple announced the new iPhone SE, along with several other products and services, last month. The analyst left iPhone 13 estimates largely unchanged, but the decline in iPhone SE volumes, combined with slower App Store revenue, resulted in Chatterjee cutting overall earnings estimates. "Thus, we are trimming our earnings forecasts for Apple, led by a modest haircut to our revenue growth estimates for iPhone (primarily iPhone SE) and Services, although the overall reduction in estimates is fairly modest given the resilience of high-end smartphones, tablets and laptops to the broader slowdown in consumer spending," Chatterjee wrote in a note to clients. Apple (AAPL) shares fell slightly less than 0.5% to $171.53 in premarket trading on Thursday. Although Chatterjee cut earnings estimates for 2022, he noted that the firm is above Wall Street estimates for both 2023 and 2024, due to "better than expected growth in Products as well as margin and earnings trajectory on the back of robust growth in Services." The analyst noted that although there are some headwinds on consumer spending, Apple (AAPL) is likely offset any concerns by increasing its market share. "[W]e continue to see Apple well positioned to deliver resilient performance in Product revenue growth, led by share gains across the different categories of hardware products as both Enterprises and Consumers increasingly adopt higher-performance devices." Separately on Thursday, Wedbush Securities analyst Dan Ives said Apple (AAPL) and several other tech stocks should be bought "aggressively" as interest rate hikes from the Federal Reserve are "baked in."
AAPL