Apple, software & security should be bought 'aggressively' as rate hikes baked in: Wedbush 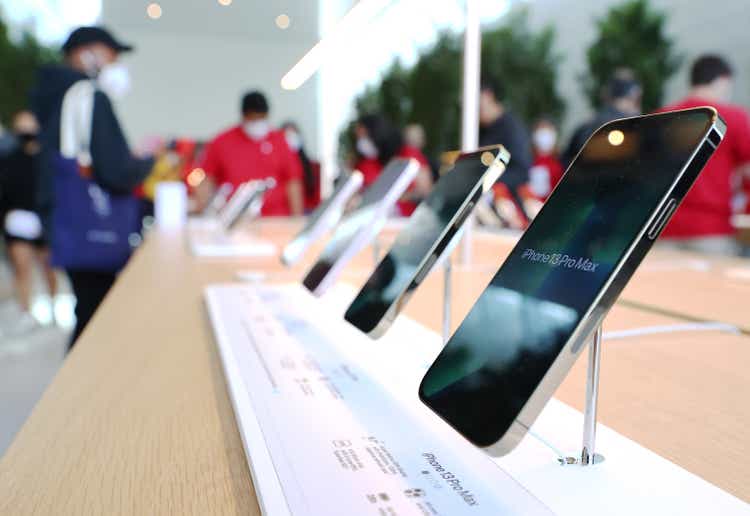 Mario Tama/Getty Images News Apple (NASDAQ:AAPL), certain software stocks like Microsoft (NASDAQ:MSFT) and Oracle (NYSE:ORCL) and cyber security stocks such as Palo Alto Networks (NASDAQ:PANW) and Zscaler (ZS) should be bought "aggressively" as interest rate hikes are "baked in" and the tech sector is the most oversold it's been since 2015, according to Wedbush Securities analyst Dan Ives. Ives, who lists Apple (AAPL) as the top tech name to own and has a $200 price target on the stock, noted that tech stocks have sold off on the expectations that the Federal Reserve will raise interest rates six more times this year and three in 2023. Investors are fearing the worst, with Ives going so far as to say "[New York City] cab drivers know about the Fed tightening, which could lead to a fundamental slowdown in technology. But that's not likely to happen, as Ives believes "[first-quarter] earnings will be a positive catalyst for tech stocks rather than the 'silver bullet' negative data point and thus speaks to our bullish view of the sector heading into the rest of the year." Apple (AAPL) shares rose slightly less than 0.5% to $172.38 in premarket trading on Thursday. The top software names to own, Microsoft (MSFT), Oracle (ORCL), Adobe (ADBE) and Salesforce (CRM) were mixed in premarket trading, as Microsoft and Salesforce were both higher and Adobe and Oracle were lower. The top cyber security stocks, Palo Alto Networks (PANW), Zscaler (ZS), Crowdstrike (CRWD), Tenable (TENB), Varonis (VRNS), Fortinet (FTNT), CyberArk (CYBR), Palantir (PLTR), Checkpoint (CHKP) and Sailpoint (SAIL) were largely flat in premarket trading. "We view tech stocks very positively from these oversold levels just like Tiger Woods playing the Masters today; the skeptics a year ago said it was impossible yet here we sit against all odds watching history play out in Augusta and Amen Corner," Ives added, further explaining investors should "strongly" buy the aforementioned stocks, as well as the cyber security, chips and cloud sectors. The analyst noted that the digital transformation that started during the early days of the pandemic is "gaining more steam" this year, recent citing enterprise checks, and tech stocks that benefited from work-from-home and COVID trends should be viewed with a "cautionary" lens. However, those that are focused on the enterprise and cloud should be bought, with first-quarter earnings likely to be a positive catalyst, Ives said. On Wednesday, Bank of America found that fund managers had increased their ownership of Apple (AAPL) to a record high, citing recent strategy data.
AAPL MSFT ORCL PANW ZS ADBE CRM CRWD TENB VRNS FTNT CYBR PLTR CHKP SAIL