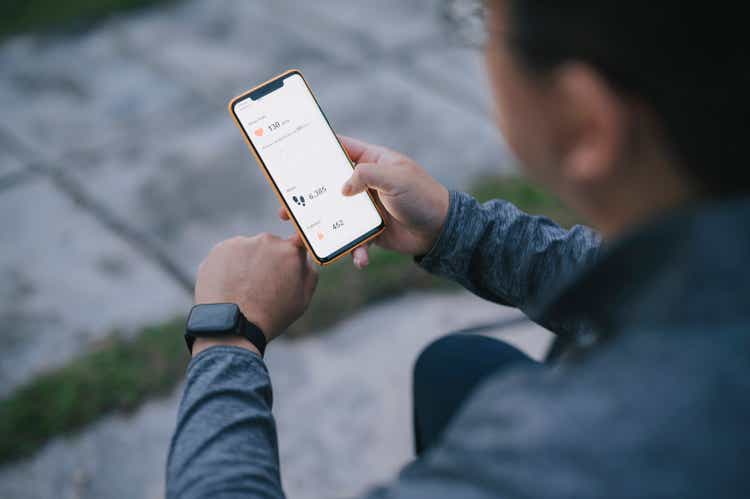 Edwin Tan /E+ via Getty Images Teenagers looking to buy their first Apple (NASDAQ:AAPL) iPhone is near a record high, according to investment firm Piper Sandler's latest survey. Analyst Harsh Kumar, who rates Apple overweight with a $200 price target, noted that 87% of teens surveyed intend to buy an iPhone. Additionally, 87% of teens surveyed already own an iPhone. "We view the elevated penetration and intention are important for a maturing premium smartphone market," Kumar wrote in a note to clients. Although the 87% figures for both ownership and intent are high, teens who said their next phone would be an iPhone is down 3% from the Spring 2021 survey and ownership fell 1% from 88% from the Spring survey. Apple (AAPL) shares fell slightly less than 1.5% to $172.58 in premarket trading on Wednesday. In addition, Kumar noted that the trends are "encouraging" as Apple continues to introduce new 5G iPhones, including the iPhone SE, which was announced last month. The survey also found that Apple Pay has surpassed PayPal's (PYPL) Venmo and the PayPal app as their favorite money transfer app. More than 7,100 teenagers with an average age of 16.2 years were surveyed across 44 states. The teenagers belong to a household with an average yearly income of $69,298 and 39% of them are part-time employed. Kumar explained that the positive trends from the survey are likely to help growth in Apple's services, such as Apple Music and Apple TV+, "as the install base for Apple hardware continues to grow." On Monday, investment firm UBS said that Apple's (AAPL) services are increasingly becoming a "key differentiator" for the tech giant.
AAPL PYPL