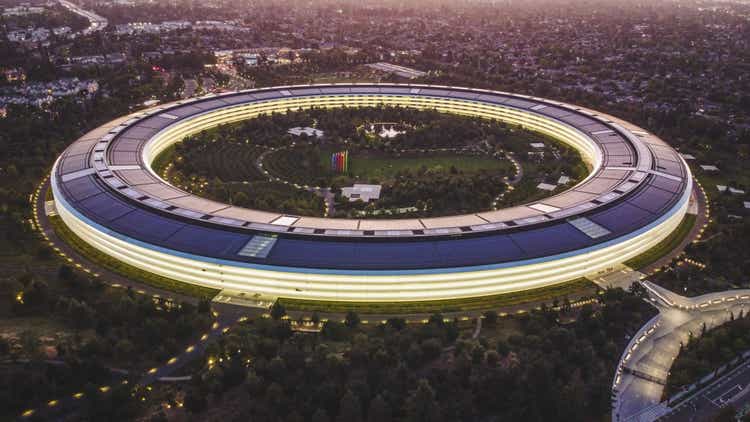 Brandon Williams/iStock via Getty Images Fund managers increased their ownership of Apple (NASDAQ:AAPL) to a record high, according to Bank of America's strategy data. Analyst Wamsi Mohan, who rates Apple buy with a $210 price target, noted that fund managers increased their exposure to Apple by 7.1% month-over-month, the second largest among IT hardware and supply chain stocks, behind only Amphenol (APH), which saw an increase of 7.16%. Total ownership of Apple (AAPL) was 77.7% at the end of February. "We attribute the increase to a flight to safety in a choppy macro-economic environment," Mohan wrote in a note to clients. Apple (AAPL) shares fell nearly 1.5% to $172.51 in premarket trading on Wednesday. In addition, Mohan also noted that Dell (DELL) was the only stock in the tracking data to see an ownership decline, falling 0.47% month-over-month. IBM (IBM) also saw an ownership increase by 0.84% month-over-month, Mohan explained, noting IBM, along with Corning (GLW), Western Digital (WDC) and Seagate Technologies (STX) are "both underweight and under-owned." On Tuesday, Apple (AAPL) said its developers conference, known as WWDC, would remain in an all-online format, which the tech giant has used for the past couple of years due to the COVID-19 pandemic.
AAPL APH DELL IBM GLW WDC STX