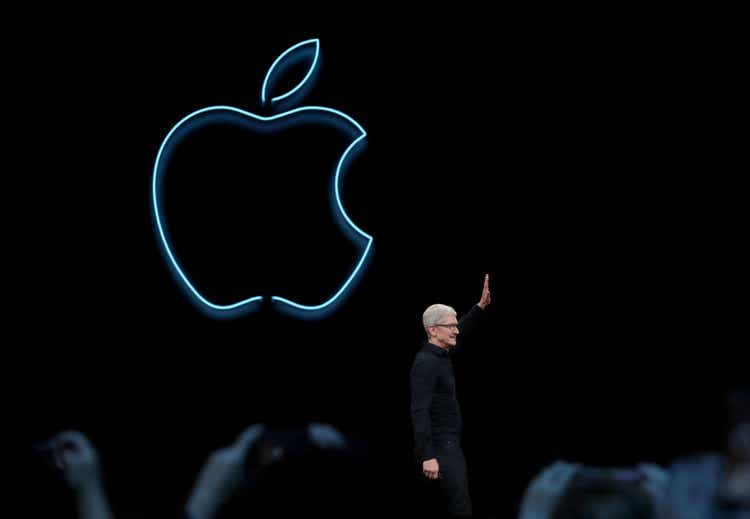 Justin Sullivan/Getty Images News Apple (NASDAQ:AAPL) announced on Tuesday that its Worldwide Developers Conference, known as WWDC, would remain all-online, a format the tech giant has used for the past couple of years due to the COVID-19 pandemic. Some had speculated that the conference, which brings in millions of dollars in revenue for hotels, airlines and other tourism businesses, would return to an in-person format as the pandemic has eased, but that is not the case. At the event, Apple will share the latest innovations in its various operating systems, and some have speculated the company could show off its augmented reality headset at the event. Apple (AAPL) shares fell nearly 1.5% to $175.87 in mid-day trading on Tuesday. The news comes as Apple has reportedly set April 11 as its return date for employees to return to the office, amid a hybrid work environment. According to an internal memo written by Chief Executive Tim Cook, employees would initially return to spend one day per week in the office. From there, they will spend two days per week in the office three weeks after their return and then three days by May 23. On Monday, investment firm UBS said that Apple's (AAPL) services such as Apple Music, Apple TV+ and iCloud are increasingly becoming a "key differentiator" for the tech giant.
AAPL