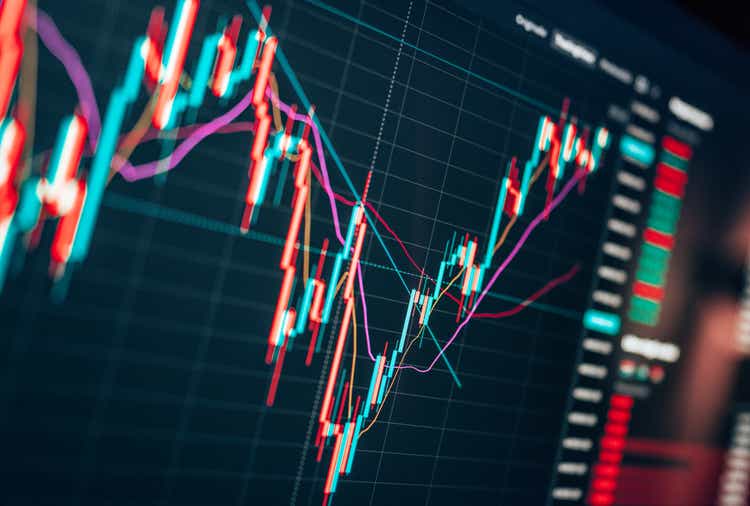 franckreporter/iStock via Getty Images Advanced Micro Devices (NASDAQ:AMD) represented one of the biggest names moving in Thursday's pre-market trading. Shares of the semiconductor maker experienced selling pressure following an analyst's downgrade. Walgreens Boots Alliance (WBA) pushed lower as well, despite the release of better-than-expected quarterly results. Slowing growth sparked a cautious reaction from investors. Financial figures also weighed on Masimo (MASI), which fell in the wake of preliminary results. On the other side of the spectrum, Vipshop (VIPS) gained ground on a stock repurchase plan. Decliners Advanced Micro Devices (AMD) lost ground in pre-market action, dropping about 2% following a downgrade from Barclays. The firm cut its rating on AMD to Equal Weight from Overweight, citing concerns about growth rates next year. "We don't have a smoking gun pointing to a correction underway in any of these markets, but it's very clear to us that all 3 segments are running at elevated levels," analyst Blayne Curtis said in a note. Walgreens Boots Alliance (WBA) also showed pre-market weakness, as investors worried about post-COVID growth rates. Shares of the drug store chain dropped about 1% before the opening bell. WBA topped expectations with both its top and bottom lines. However, its sales from continuing operations expanded by just 3% in Q2, down from 8% in Q1 and a far cry from the 13% increase in Q4. The slowdown came as the company administered fewer COVID vaccinations, which had bolstered its results during the pandemic. Meanwhile, Masimo (MASI) dropped nearly 9% after the company issued weak preliminary results for Q1. The medical technology company reported that its sales were hampered by supply chain limitations and freight carrier delays, which have led to shortages of critical components. Gainer Vipshop (VIPS) climbed in pre-market action after announcing a $1B stock repurchase plan. The company said the authorization allows it to purchase Class A shares or American Depositary Shares over the next 24 months. VIPS plans to fund the buybacks with its existing cash balance. Bolstered by the news, shares climbed 7% before the opening bell. To track Wall Street's biggest winners and losers throughout the session, turn to Seeking Alpha's On The Move section.
AMD WBA MASI VIPS