Advanced Micro Devices slips as Barclays downgrades on concerns over 2023 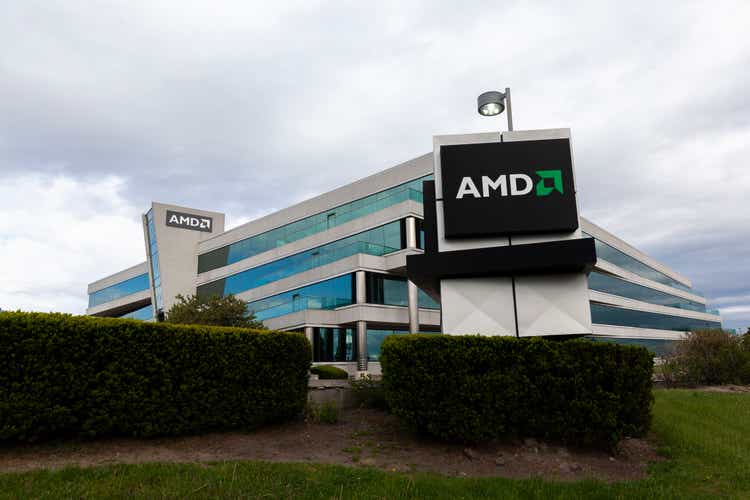 JHVEPhoto/iStock Editorial via Getty Images Advanced Micro Devices (NASDAQ:AMD) shares slipped in premarket trading on Thursday after investment firm Barclays raised concerns over the company's 2023 performance, citing "elevated levels" of growth in several of the company's end-markets. Analyst Blayne Curtis lowered his rating to equal weight from overweight and cut the price target to $115 from $148 on Advanced Micro Devices (AMD), noting that revenue is still likely to grow 31% this year, but there are concerns that growth rates in PCs, gaming and broad/based, along with the Xilinx acquisition could cool next year. "We don't have a smoking gun pointing to a correction underway in any of these markets, but it's very clear to us that all 3 segments are running at elevated levels," Curtis wrote in a note to clients. Advanced Micro Devices (AMD) shares fell slightly more than 2% to $116.60 in premarket trading on Thursday. In addition, Curtis noted that AMD's (AMD) growth trajectory coming out of this "potential correction" is a big question, adding that the competitiveness of Intel (INTC) and Arm, which is set for a U.S. initial public offering by the end of Softbank's (OTCPK:SFTBF) fiscal 2023, are also paramount. "We would rather move to the sidelines until we have better clarity as to the magnitude of these corrections and what the competitive landscape will look like as [Intel] catches up and ARM takes more share," Curtis added. On Monday, Goldman Sachs removed Advanced Micro Devices (AMD) from its U.S. Conviction Buy List, citing a "more challenging macro backdrop" over the next 12 months.
AMD INTC