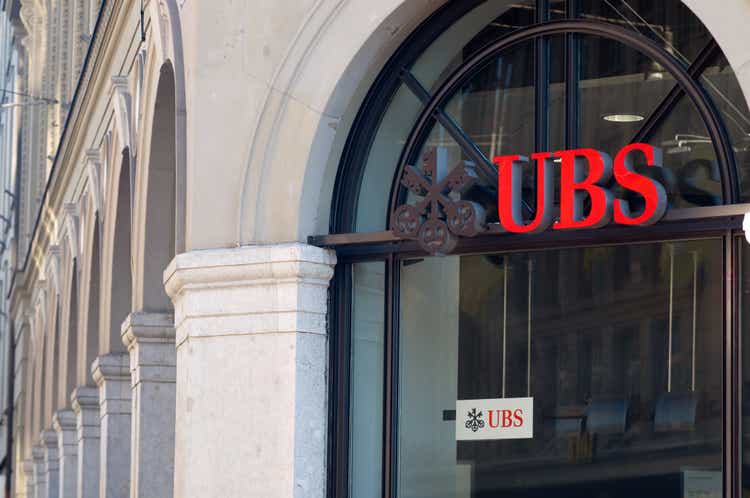 simarts/iStock Editorial via Getty Images UBS Group (UBS +0.7%) is cutting the number of bankers at its equity capital market business as the unit's revenue suffers from a drop-off in deal-making across the industry, Bloomberg News reported, citing people familiar with the matter. The company has laid off a handful of bankers in equity-linked and capital markets in Europe, the Middle East, and Africa this month, they told Bloomberg. The region has seen equity offerings drop ~70% this quarter and the U.S.'s decline is even more dramatic. The move to trim its ranks in capital markets may indicate an inflection point, compared with investment banks' battle to retain talent amid a hot market, as global deal-making reached $5T last year. UBS (NYSE:UBS) has also started pruning some investment banking roles across emerging markets, including Poland and Dubai, in an effort to cut costs, and more bankers may get pink slips in coming weeks, the people told the news organization. Compare UBS (UBS) with peers' key stats. Earlier this week, the FT reported that the biggest Wall Street banks are taking a $4.6B hit as equity offerings dry up.
UBS