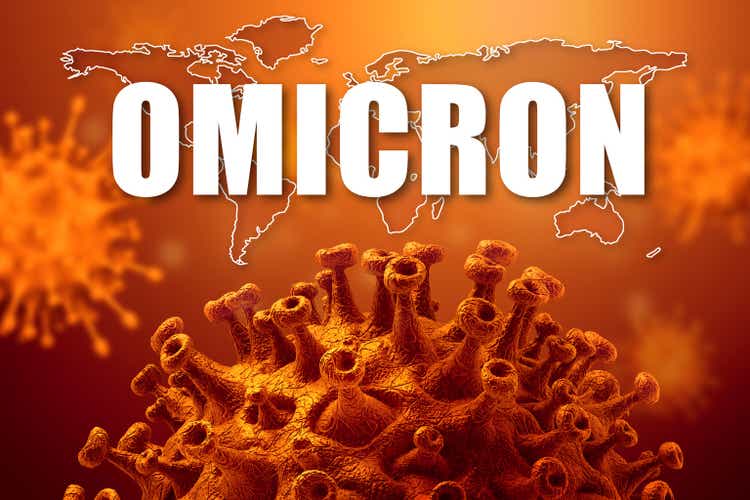 CROCOTHERY/iStock via Getty Images According to the latest estimates from the U.S. Centers for Disease Control and Prevention (CDC), the newly identified BA.2 Omicron sub-variant has accounted for more than a third of all COVID-19 cases in the U.S. The sequencing data for the week ending March 19 indicate that the prevalence of the subvariant has risen to nearly 35% from ~22% a week ago after the figure was revised down from ~23%. Meanwhile, other Omicron variants, BA.1.1 and BA.1.1.529, are estimated to account for about 57% and 8% of circulating variants, according to CDC. On Sunday, White House chief medical advisor Dr. Anthony Fauci said on ABC’s “This Week” that BA.2 is about 50% – 60% more contagious than the Omicron, but it is unlikely to cause severe disease. “It does have increased transmission capability,” he said, adding, “however, when you look at the cases, they do not appear to be any more severe and they do not appear to evade immune responses either from vaccines or prior infections.” BA.2 can outcompete other variants to become dominant in the U.S, Fauci said, warning about “an uptick in cases” fueled by the subvariant, but unlike the sharp increases seen with other variants. As of last Saturday, the seven-day moving average of COVID-19 cases in the U.S. stood at 27,747, nearly 18% lower than a week ago, Reuters reported. On Monday, AstraZeneca (NASDAQ:AZN) disclosed pre-clinical data to indicate the potential of its COVID-19 antibody therapy, Evusheld against BA.2. Recent studies suggested that BA.2 is resistant to nearly all monoclonal antibodies developed against COVID-19, including sotrovimab from GlaxoSmithKline (NYSE:GSK) and Vir Biotechnology (NASDAQ:VIR). The variant made up nearly 12% of all COVID-19 cases in the U.S., according to CDC estimates early this month.
AZN GSK VIR