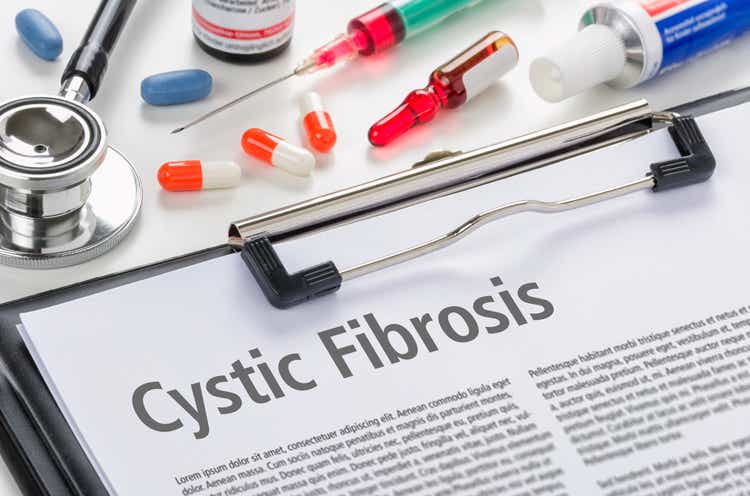 Zerbor/iStock via Getty Images Following six straight sessions of intraday gains, AbbVie (NYSE:ABBV) is trading lower on Tuesday after Jefferies flagged its concerns on the upcoming data readout for the company’s cystic fibrosis (CF) candidate ABBV-119. The analysts led by Michael Yee issued the remarks after CF-focused Vertex (NASDAQ:VRTX) announced the advancement of VX-147 into a pivotal study, targeting patients with proteinuric kidney disease due to certain genetic mutations. The development was in line with their expectations, Yee and the team argue. In addition, the analysts also highlight two key upcoming catalysts, including the CF data readout from AbbVie (ABBV), which, according to them, “could be mixed but new datapoints suggest potential tolerability issues to watch.” The analysts doubt if AbbVie (ABBV) would “report much detailed or numerical data” with the announcement expected in Q1. The team cites new public information to indicate potential tolerability issues for ABBV-119, "including some ALT signals and/or potential risk of sunlight and UV sensitivity.” They point out that the trial design also recommended avoiding direct sunlight and the use of protection. With a $275 per share target, Jefferies maintained the Buy rating on Vertex (VRTX) and kept it as a “Franchise Pick.” Read: Seeking Alpha contributor Sage Advisors explains how AbbVie (ABBV) plans to shatter Vertex’s (VRTX) dominance in the CF market.
ABBV VRTX